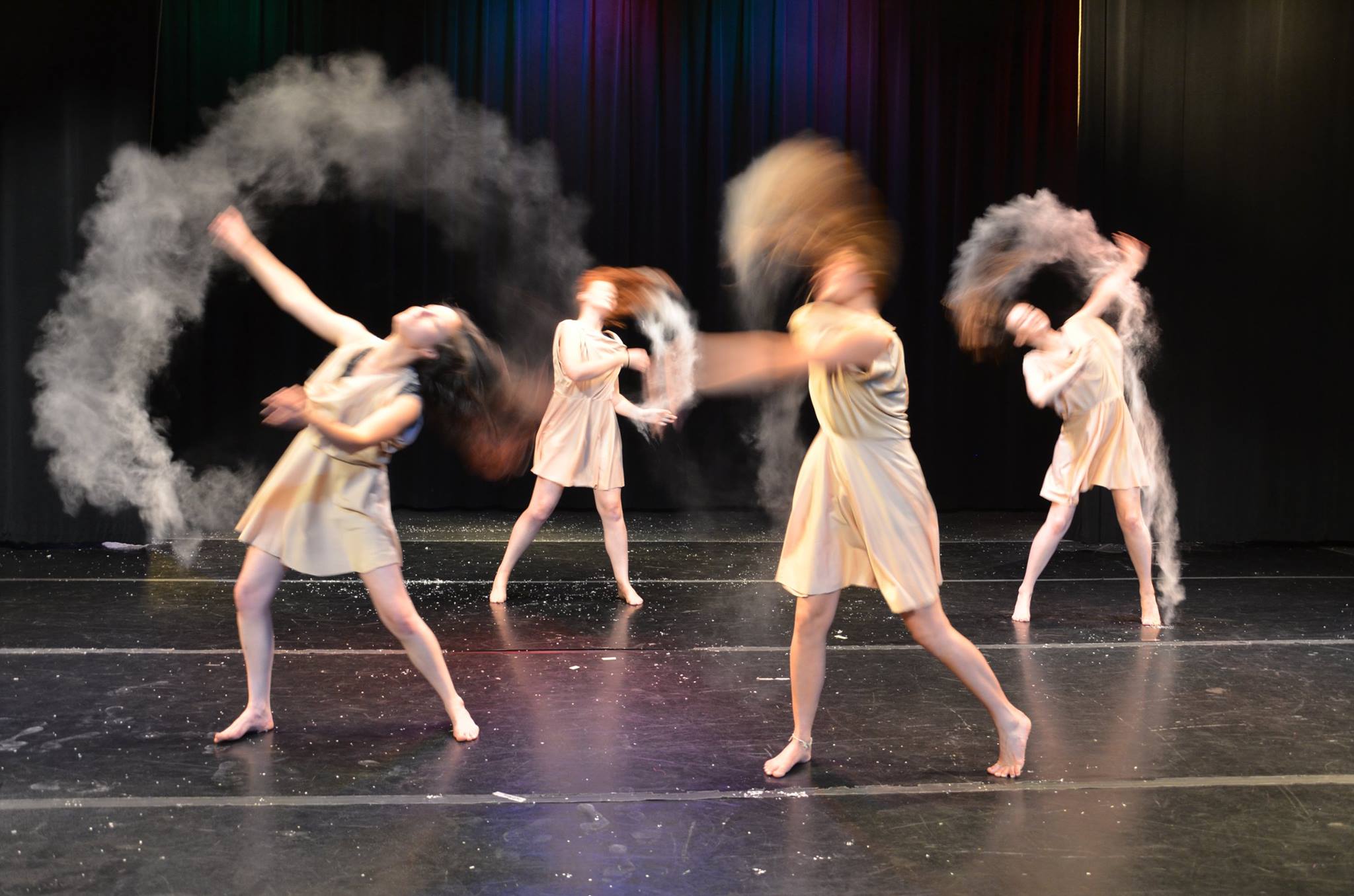 City Modern Ensemble is the professional and community modern dance company of the Roanoke Ballet Theatre RBT.  Our goals are artistic integrity, originality and equality.  We have several full evening events each year as well as collaborations with other dance, art, music and theatre professionals.   We are always looking to perform above and beyond our set season, so please contact us if you would like to hire the company.

LAURIE BETH BAKER or LB is in her first year with CME, and has been dancing since she was 5 years old.  She is currently serving her first year as the dance teacher at Lucy Addison Middle School, where she is excited to teach some of the joys of dance to children in Roanoke City.  LB is excited to continue her dance journey with city modern ensemble!

CRYSTAL BARKSDALE (alum) has been dancing since she was 4 years old and has a great love of dance!  She has studied ballet, pointe, tap, jazz and modern in many studios throughout Southwest Virginia.  Most recently she studied modern at the college of William and Mary. Crystal began classes at RBT in June of  2011 and joined the City Modern Ensemble in August 2011.  Dancing with the Ensemble has opened up many opportunities for creativity, meeting great people and bringing dance to the community!  RBT and City Modern Ensemble are fantastic assets to the Roanoke Valley!

ANDREA BOONE (alum)  Andrea Rodgers began dancing early in life and decided to pursue her passion as a career.  She is well versed in ballet, pointe, lyrical, modern, jazz, tap, and musical theatre.  Andrea earned her Bachelor of Science in Dance Education with a minor in Business Administration from Radford University where she also received the College of Visual and Performing Arts Outstanding Graduating Senior Award from the Department of Dance.  Credits at Radford include ?Sounds of Stories Dancing? and ?The Nutcracker,? as well as seasonal fall and spring performances.  Andrea?s past teaching experience and choreography includes a variety of genres for Giles County School of Dance, Radford University Ballet Youth, and North Cross School.  She currently teaches and choreographs for Kevin Jones Summer Performing Arts Camps and Linda Watkins School of Dance. Andrea is grateful to continue her own personal growth as a dancer and performer with City Modern Ensemble.

RENAE DOWER (Production Director)  Renae Dower has been dancing since she was 3 yrs old, beginning with classes heavily influenced by Isadora  Duncan. She moved to Virginia from Florida at age 6, and resumed taking dance classes again at age nine. She performed with the Blue Ridge Performing Arts Academy for several years,  before finding the Roanoke Ballet Theatre, and the City Modern Ensemble in 2010. With the City Modern Ensemble, she has performed in many shows and venues, including the Nick Cave sounds suits and in collaboration with musical groups,  such as the Blue Ridge New Music Collaborative and Steam Geek Traveler.  Renae received her Bachelors in Studio Art from Roanoke College in 2014. Her artistic background has led her to make quite a few costumes, props and backdrops for the Ballet and City Modern Ensemble, including costumes that morphed and  layered to change on stage, in "Spooky Action at a Distance", an 8' tall rendition of the painting "Chico in Top Hat", as well as costumes incorporating EL wire  in "Nth".

CHRISTINA HALE (Assistant Director) is currently a teacher of various levels of ballet at the Roanoke Ballet Theatre. Over the years, she has studied ballet, pointe, modern and jazz at various schools in the Roanoke Valley. She performed as a company member of both the Southwest Virginia Ballet and RBT when she was younger and continued her education in dance at Radford University as a dance major. As an adult, Christina has taught ballet, pointe, modern and jazz at several studios and choreographed pieces for many performances and competitions. Though, Christina loves to teach, her true love is performing. City Modern Ensemble has given her an outlet to continue to do what she loves for many years to come.

ERIN HENSLEY (alum)  for Erin, dance offered an important outlet for life and growing up. She discovered modern at Guilford College in 1996, fell in love with the technique, and continued studying modern from Christa Wellhausen until 2004. Erin took a break from dance to focus on graduate studies from 2004-2007. She lived in DC for a year and a half, taking modern classes occasionally. In 2009, Erin moved to Roanoke and found Liza Deck's classes and choreography. She's been at RBT ever since and is grateful for the creativity and community lived out, or more accurately danced out, through the City Modern Ensemble

LISA LINGER has been dancing since the age of 4.  She was raised learning classical ballet, tap, modern and jazz at pre-professional studios around North Carolina such as Sandhills Ballet Theatre, High Point Ballet, and North Carolina Academy of Dance Arts.  While a student at The University of North Carolina, she continued taking classes at the Chapel Hill Ballet School and performed with three dance organizations on campus.  She became ballet director for two of the three organizations and began choreographing for their bi-annual shows.  While in graduate school for couples and family counseling, Lisa taught dance classes through a local church ministry and was given an opportunity to be a dancer in a music video for Emily and Jonathan Martin.   After taking a small hiatus from dancing to focus on a career in mental health, Lisa is excited to start dancing regularly again and be a part of City Modern Ensemble!

MOLLY PHILPOTT (alum)Molly Philpott had been dancing since the age of three. She has studied at Blue Ridge Performing Arts Academy, American Dance Festival, George Mason Summer Dance, and a variety of other places. She loves to create movement and express feelings when she performs. CME allows her to have fun while also being in a professional setting.

KELLEY REEDER (alum)  I grew up in the suburbs of Philadelphia and my love of dancing began at the age of 7.  I studied ballet and jazz into my teens as well as assisting in the studio. Life eventually brought me to the Roanoke Valley where I taught at the Top Hat Dance Studio.  I started taking modern classes at the Roanoke Ballet Theatre with Liza Deck and fell in love with the freedom of modern dance.  I have been performing with the City Modern Ensemble since 2008 and feel blessed to have found a group of talented and creative individuals that embrace all aspects of dance.

KATIE REEP (Rehearsal Director)is a 2019 graduate of Randolph College with a BFA in Dance. During her time at Randolph she received the 2017 Genia Melikova Award, the 2018 Rebecca Jung Award, and the 2019 Helen McGehee Award. She was also able to serve as the Merchandising Intern at the American Dance Festival during the Summer 2018 season. Randolph College gave her the opportunity to take class and work with many guest artists including Walter Kennedy, Lori Belilove, Brynt Beitman, Gina Ianni, and Seyong Kim as well as choreograph and present her own work in the Annual Fall Dance Concert as well as the Annual Spring Dance Concert her senior year. Since graduating she has been working with Carilion Clinic as the team lead of their Intake team in the Accounting department. When she isn?t working she has had the pleasure of dancing with the City Modern Ensemble as well as teaching dance at Roanoke Ballet Theater.

MANDY SWANN (alum) studied dance at Florida State University and continued her training in ballet and modern with the Joy of Motion Dance Center in Washington, DC. From 2011-2015 she performed throughout the Washington region as company member of the contemporary dance company, DancEthos. Mandy joined City Modern Ensemble after moving to Roanoke in 2015 and is excited to continue exploring her passion for dance.

LAUREN WILLIAMS GARDNER (alum) Lauren Williams Gardner began dancing at the age of 3 with Ravel Dance Studio in Reston, Virginia, where she trained in classical ballet, pointe, and jazz. She minored in dance while attending the College of William & Mary and performed and choreographed as a member of the Orchesis Modern Ensemble for eight seasons. After taking a hiatus from dance during law school and the first years of her legal practice, Lauren began dancing again at Morgantown Dance Studio in West Virginia. Shortly after moving to Roanoke in July of 2018 for her husband's job, Lauren was delighted when Lisa Linger invited her to check out City Modern Ensemble. While Lauren's time in Roanoke may be brief, it has been much enriched by spending her Saturday afternoons with the incredibly creative, playful, and talented members of CME. When she's not lawyering or dancing, Lauren enjoys wine drinking and fellowship with her family, competitive Uno playing with her love, Pearson, long walks with their dog, Bentley, and dodging well-planned, poorly executed attacks by their cat/flerken, Magnolia.